This is the first Finnish qualifier tournament for the Connection Lan 2017 CS:GO tournament which will be played in Seinäjoki on 29.9-1.10.2017. The winner earns a spot in the main tournament.

On Saturday we play as many rounds as possible until 24:00 EEST.
If there are still rounds left to play, we continue on Sunday at 16:00 EEST.

These rules are based on the official rules of SEUL (Finnish esports association) for Counter-Strike: Global Offensive.  Every participant must read and understand the following rules and behave in a sportsmanlike manner, including player avatar and screen names. Unsportsmanlike behavior will be sanctioned. Game admins have the final decision in all conflicts and sanctions. Tournament admins reserve all rights for changes related to these documents. Game admins can pause the tournament because of a serious technical problem or other reason as seen fit, e.g. medical emergency.

All cheating, including ghosting, is forbidden. If a participant is not sure whether a certain game mechanic is allowed, they MUST ask the head admin prior to the tournament’s start to find out whether it is allowed or not.

Breaking any of the rules will result in sanctions, including but not limited to:

1.1: Game: Counter Strike: Global Offensive, latest version
1.2: Team size: 5 actual players and possibly 2 reserve players.
1.3: A team may change at maximum 2 of its actual players.
1.4: One player can only be in one team during the tournament.
1.5: Any software that modifies game files or grants an unfair advantage in the game is strictly forbidden and is grounds for immediate removal from the tournament.
1.6: Screen names and pictures
1.6.1: Players must use their official screen name throughout the tournament.
1.6.2: Sponsors related to other than alcohol, tobacco, gambling or adult entertainment at the end of the name are allowed.
1.7.3: Players must use a stream-friendly Steam profile picture, preferably a team logo or self portrait.
1.8: A player who has a less than 2 years old CS:GO VAC ban on his tournament account record may not enter or play in the tournament.
1.9: During a game, team members are only allowed to communicate with persons involved with the game: team players, team coach, and tournament officials such as admins.
1.10: Under extreme circumstances administrators reserve the right to change the rules.

4.1: Pausing a game must be done at the round end.
4.2: Pausing a game is only allowed in case of a tactical time-out or a technical issue.
4.3: Only the pausing team may resume the game.
4.4: A tactical pause may be used twice in a match, once per half-time, and it lasts at most 60 seconds.
4.5: If a player faces technical issues, the game may be paused for a maximum of 10 minutes, after which the game will resume regardless of that player’s ability to play.

6.1: All protests are to be made within 10 minutes after the match has finished. No pauses can occur in-game for this matter. All cases are handled by admins after the match.
6.2: When the match result is protested, affected teams can not continue playing matches until the conflict is resolved.
6.3: Sanctions
6.3.1: Warning, round loss, map loss, match loss, disqualification of player or team, ban of player or team.
6.3.2: Round loss is deducted from the final map score.
6.3.3: Tournament officials will use the sanctions available as they see fit.
6.4: In online games, protesting team can request a maximum of three demos from the opposing team. A tournament admin should be notified after such a request is made.
6.4.1: The demos are to be delivered to the protesting team’s captain within 15 minutes from the request. Failure to provide the demos within the timeframe is sanctioned.
6.4.2: The protesting team has 20 minutes to review the demos and report the specific rounds and situations where they believe the wrongdoing occurred at. Report should contain at least one and at most five different situations. Failure to provide the needed information to the tournament admins within the timeframe cancels the protest.

7.1: This tournament relies on fair play rules. Insulting others, racism and mocking religion is totally forbidden and will be punished by organizers. Trash talking is also forbidden and will result in a warning.
7.2: Tournament participants should always address the administrators in a polite and respectful way.
7.3: Should a participant purposely attempt to sabotage the games, another player or an administrator in any way, the player will be disqualified.

8.1: If there is an official broadcast for games – teams and players must wait for broadcasters to be ready until matches can start.
8.2: Tournament organizer reserves the right to decide who can broadcast the event.
8.3: Online tournaments will require a minimum of 2 minutes of delay in the broadcast, which may be set via the GOTV or directly in the stream.
8.4: Players may not stream their own games in offline tournaments.

9.1: In online matches, all players must record in-eyes demos for all matches.
9.1.1: Once in the game server, type: record match1_opponent in console, e.g. record match1_ence
9.1.2: Recording will stop once you quit the server. In case of disconnect during the match, remember to begin a new recording under a different name to prevent overwriting the existing file.
9.2: Failure to provide a complete and working demo file means losing the map. In case of disconnect(s) during the match, multiple demo files are accepted but every single round played by the player must be recorded. 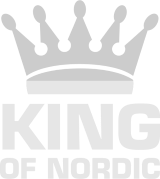